My client’s wall - Loving the mantra! #positivevibes #wednesdaywisdom #startupbusiness #socialmediamanager
Happy New Year everyone! Is it me or is anyone else still confused what day it is? We’re still a bit out of sync after staying up to see the new year in but today I’ve been busy taking down the Christmas decorations and trying to get organised before I start work properly tomorrow. I was kindly sent a pack of @pampersuk_ire new Premium Protection Nappies for Little Lady to try and so far so good! We’ve had no leaks both in the day and night which is great news...anything that keeps the washing pile down and I’m happy! ❤️👏 #gifted #pampersparents
And just like that...he turned 4. Thank you @amybakesuk for the most incredible cake! (It was delicious!). Work was put aside to celebrate with a day of family, friends...and soft play! He loved it! Now to cry into my pillow at the thought that the next birthday he’ll have will be at school! 😥😥❤️❤️ #amotherslove #motherandson #growingupfast
So unbelievably proud to have worked on the marketing for this little business and their new shop launch. A packed shop on launch day is what I like to see! Now to prepare for a certain Little Man’s birthday tomorrow! ❤️❤️❤️

Blogs From The Archives 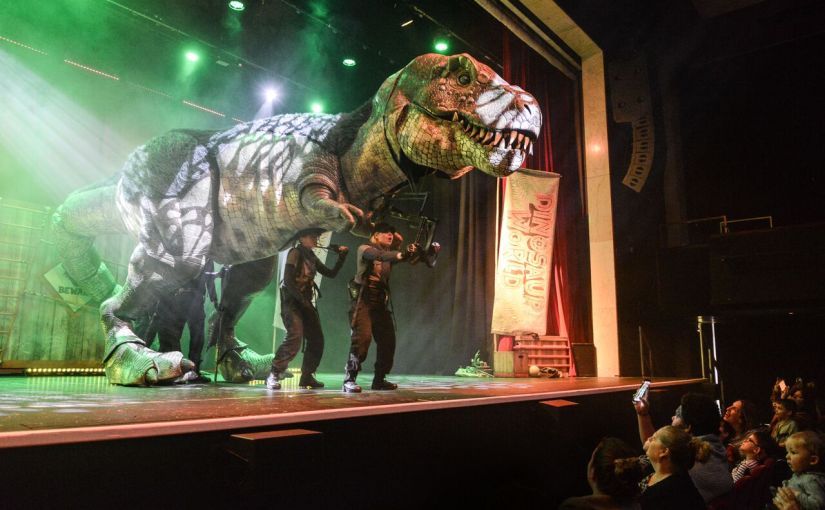 So the summer holidays are in full swing and with the scorching hot sun (or rain) to escape, we headed to the theatre to see Dinosaur World Live!

Hubby had taken the day off and so we had some well-deserved family time and headed off to the Orchard Theatre in Dartford to fulfil the wishes of our toddler who is absolutely obsessed with dinosaurs!

Written and directed by Derek Bond, the show is created with some of the most impressive puppetry I have ever seen! The dinosaurs looked so real, it was easy to forget that they were being operated by humans!

The dinosaurs were introduced and directed around the stage by just one speaking cast member, Miranda, who did a fantastic job of making the show interactive but informative for such a young audience. How she remembered her lines whilst working with both children and (pretend) animals was incredibly commendable!

I was worried that Little Man would be terrified when the Tyrannosaurus Rex came on to the stage but he, along with all of the children in the audience joined in mimicking the screams and roars that Miranda encouraged them to do. I definitely expected there to be tears and parents ushering their children out of the theatre, but it wasn’t the case at all. I think the production team did an incredible job of ensuring that the potential fierce and scary situations for children were met with warm lighting, fun and plenty of distraction.

What I found really impressive was that everyone was invited to ‘meet’ some of the dinosaurs after the show to have photos and interact with them. So even if there were little ones in the audience that weren’t too happy, they could see that the dinosaurs were in fact just puppets.

This fact filled show did not just entertain, it was a fantastic educational afternoon and even hubby and I learnt some interesting dinosaur wisdom! If you have a child who is dinosaur mad, I would definitely recommend booking your tickets, because it was absolutely ROARSOME!

The tour continues on to a vast amount of other venues throughout the summer and finishes at Regents Park in London on 9th September 2018 for an open air spectacular.

Head on over to the Dinosaur World website to book!

Want to see some videos of the show in action? Head on over to my Instagram and check out the Story Highlights!

Want more ideas? Check out a throwback post:- What to do with a toddler this summer